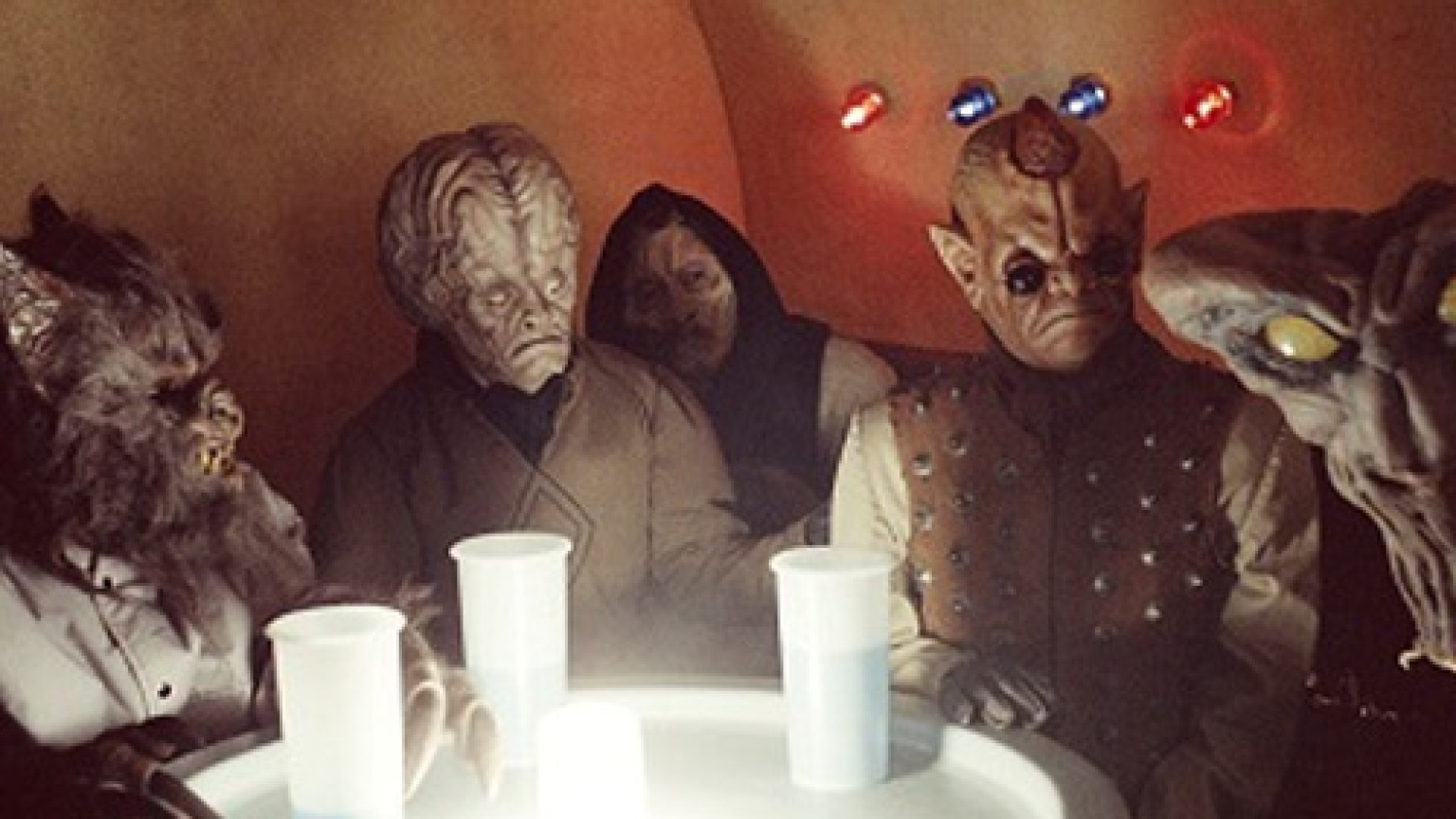 Guests at an exclusive London soiree were surprised to stumble into what looked like a recreation of Star Wars' Mos Eisley Cantina scene - but subsequently learned that the ugly and malevolent life-forms in front of them were actually Rupert Murdoch and leading members of the Tory government enjoying a pre-Christmas drink.

"The place really did look like a wretched hive of scum and villainy," one guest told us. "I saw a hideous, cadaver-like figure speaking in what I thought was some grating alien tongue but may have been an Australian accent. At his side was a pale, female creature with flame-red hair, and they seemed to be sharing some secret joke with a sweaty, pink life-form in a Boden polo shirt."

"Of course I eventually realised that it was Rupert Murdoch and Rebekah Brooks talking to the Prime Minister," she added, "although strangely at that point my sense of nausea only intensified."

Mr Murdoch's festive celebrations come after a tumultuous few years for the press mogul, but he ends 2015 in a strong position, with his foes scattered and his power seemingly greater than ever. "News International was subjected to the full investigative rigour of the British establishment," one media commentator told us. "By which I mean there was a long, boring public enquiry that drained the well of public outrage, some junior people were punished, and anyone well-connected got away with it."

"In Star Wars terms we're basically at the end of Empire Strikes Back," he went on. "Presumably Rupert Murdoch is busy constructing the second Death Star even as we speak, with the help of his upper-class English henchmen. I guess it just proves that you should never underestimate the power of the Dark Side."