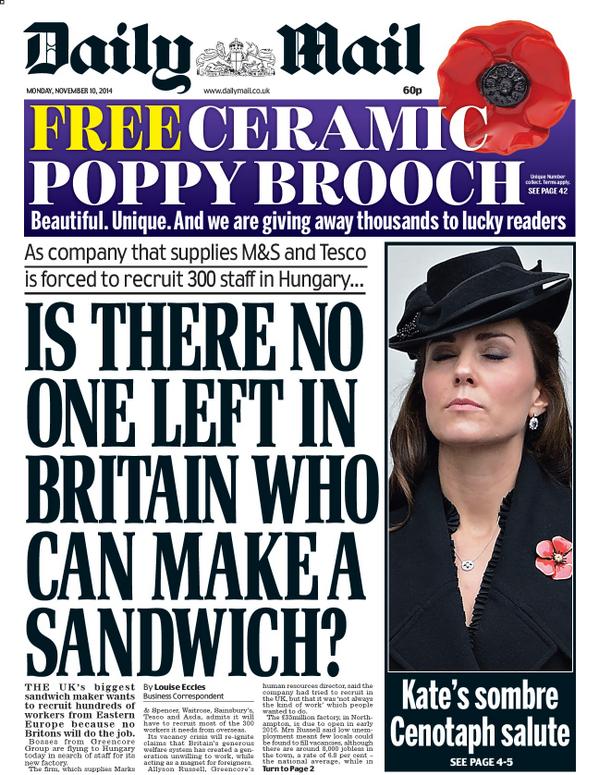 Scientists studying the complex field of quantum mechanics have claimed a major breakthrough after discovering that the Daily Mail's bizarre hate-filled worldview is in fact driven by an alternative reality that coexists alongside the "real" world perceived by others.

"Quantum theory predicts that an object can exist simultaneously in two mutually exclusive states," scientist Dave Schrodingers-Catt explains. "So for instance a programme about a baking competition can be just light entertainment, yet at the same time also a deliberate plot by Britain-hating cultural Marxists to enforce a politically-correct multicultural agenda and undermine the British way of life. With cakes."

Similarly, while Syrian refugees are desperate families fleeing violence and persecution in one reality, in the other they are cynical economic migrants laughing at our mis-directed generosity. And also undermining the British way of life, as seems to be a common thread in the Mail's quantum state.

"A lot of the Daily Mail's content only makes sense at a quantum level," Dr Schrodingers-Catt points out. "What's the alternative explanation? That they're making this shit up to create an atmosphere of ignorance and fear in support of a hard-right political agenda? That seems implausible."

Although much of the Mail's content can be explained by quantum theory, some is thought to reflect a more simple reality. "The Mail's serialisation of Lord Ashcroft's biography of David Cameron is a prime example," Dr Schrodingers-Catt tells us. "It's pretty hard to imagine an alternative reality in which Cameron wouldn't have put his penis in a dead pig's mouth."