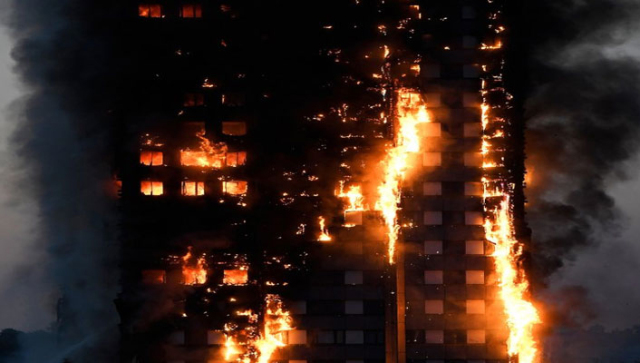 Years of cuts to public services and an indifference to public safety have been blamed for a needless loss of life in Kensington, on the flimsy grounds that it was these things that caused it.

The government's critics have been accused of "playing politics" over the Grenfell Tower fire, as the Tory press focused its laser-beam of malicious victim-blaming on scapegoating a fridge.

Labour leader Jeremy Corbyn was singled out for criticism after visiting the victims, hearing their concerns and - in a display of astonishing opportunism - showing normal human empathy.

Conservative commentators pointed out that it took real leadership for Theresa May to refuse to even meet the grieving families, like a fucking sociopath, and hide behind emergency service workers - whose pay is being cut by 2% after inflation so that the government can reduce taxes for big business  - instead.

Meanwhile, the government remains committed to its promise of a "bonfire of red tape," although it is said to be searching for a different metaphor.