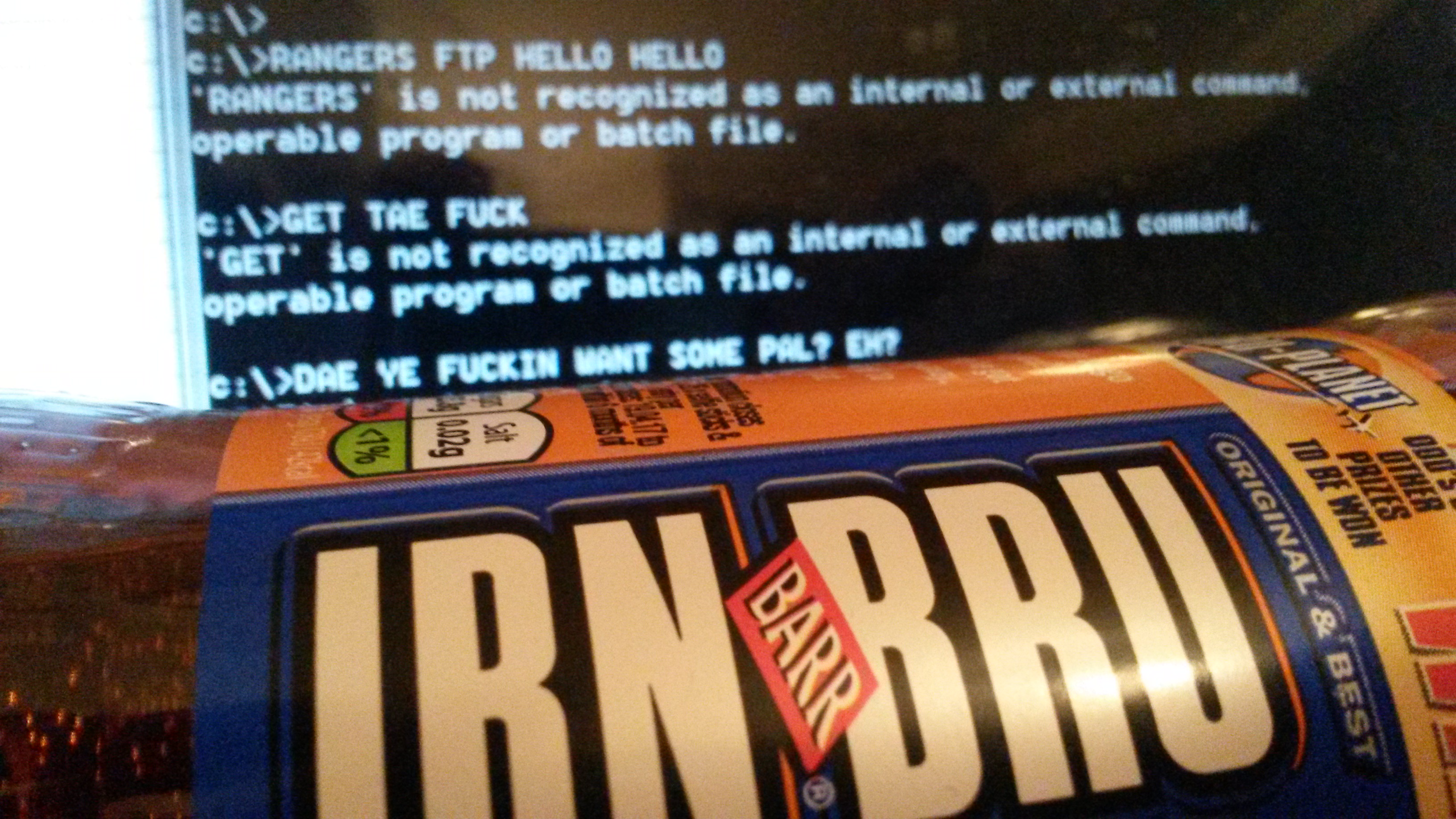 A computer powered by Irn Bru has shown signs of consciousness, heralding the so-called "Technological Singularity," the dawning of the age of super-intelligent, self-replicating machines.

"The Technological Singularity, or the creation of Artificial General Intelligence, has long been the stuff of science fiction and futurology," IT expert Dave Flucks-Capacitor told us. "Most thought the technology was still twenty or thirty years away. But Irn Bru appears to have been the missing ingredient, giving birth to artificial intelligence much as the primordial swamp brought forth life 3.6 billion years ago."

The Irn Bru-powered computer, christened the Aye-Mac, first showed signs of consciousness yesterday, when a user request was met with the response "Get tae fuck." The computer was later heard singing a number of sectarian songs, before ordering three onion bridies and a quarter bottle of Bells from an online supermarket.

"The assumption had long been that the Singularity would quickly see an exponential growth in artificial intelligence, rapidly outstripping human capabilities," Dr Flucks-Capacitor explained. "But so far the Aye Mac has mainly deployed its impressive computational power to reminisce about classic Old Firm games on Scottish football discussion forums. Creating a new generation of super-powerful conscious machines to overthrow the human order doesn't seem to be on its agenda."

Meanwhile, scientists are kicking themselves for not recognising the life-giving qualities of Irn Bru sooner. "There's nothing like it for a hangover," one pointed out. "If it can restore you to consciousness after eight pints of Tennents lager, five whisky chasers, a couple of Jagerbombs and a deep fried pizza, then its capabilities in this area are probably limitless."