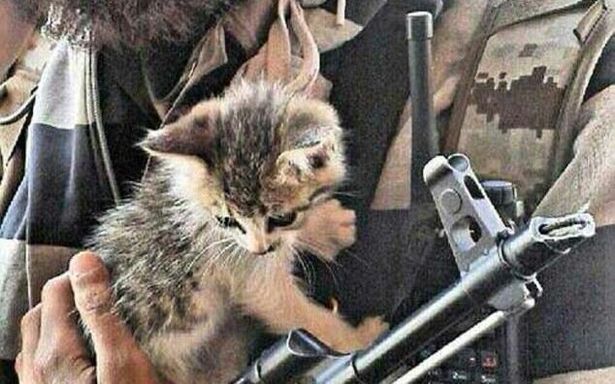 Cats' plan to achieve full-spectrum internet dominance is well documented. "Videos of cats falling off sofas or picking fights with comically giant dogs are carefully calibrated to appeal to our hearts and minds," feline hate-group expert Dave Whiskas told us. "But these messages also serve to blunt our sense of the very real threat that these psychopathic budgie-botherers pose to our way of life," he continued.

Meanwhile, kittens are said to be exploiting weaknesses in internet security to communicate with each other via encrypted messaging software. "We know these communications as 'Lolcatz' - but for cat terror networks these messages are a crucial means of coordinating attacks on mice, locating supplies of catnip, or simply finding opportunities to shit in your garden," Mr Whiskas told us.

"We are all too accustomed to cats that look like Hitler," he continues.  "But what we didn't appreciate was how cats also have the capacity to literally think and act like Hitler, in their single-minded pursuit of world domination. A classic case of hiding in clear sight, if you will."