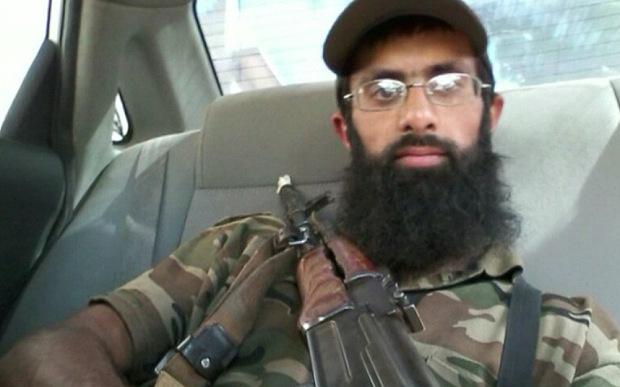 The Syrian population has been slammed for its lack of manners by a British jihadi who travelled to their country to kill them.

Omar Hussain has posted a litany of complaints about the local Arab population online, including claims that they had not mastered basic queueing skills, ate in a rude fashion and had even borrowed his phone charger without asking permission. "Seriously, is nothing beneath these people?" he asked in a blog post alongside footage of his jihadist compadres blowing up a World Heritage Site and beheading a baby.

Mr Hussain, who had been living with his mother in the fuck-awful Buckinghamshire town of High Wycombe, travelled to Syria last year having become disillusioned with what he perceived as decadent Western values. "Omar rejected the British way of life in all its manifestations," one friend told us. "Apart from the basic rules of queueing etiquette, eating politely, and not borrowing other people's electronic equipment without seeking prior permission," he conceded. "I guess some things are sacred."

Mr Hussain, whose Arabic nom de guerre Abu Saeed al Britani translates loosely as "that whining British twat," has also complained at his inability to procure himself a Jihadi bride. "Although at least there will be 72 virgins in heaven when I die," he consoled himself in a recent blog post. "Or 73 including myself."