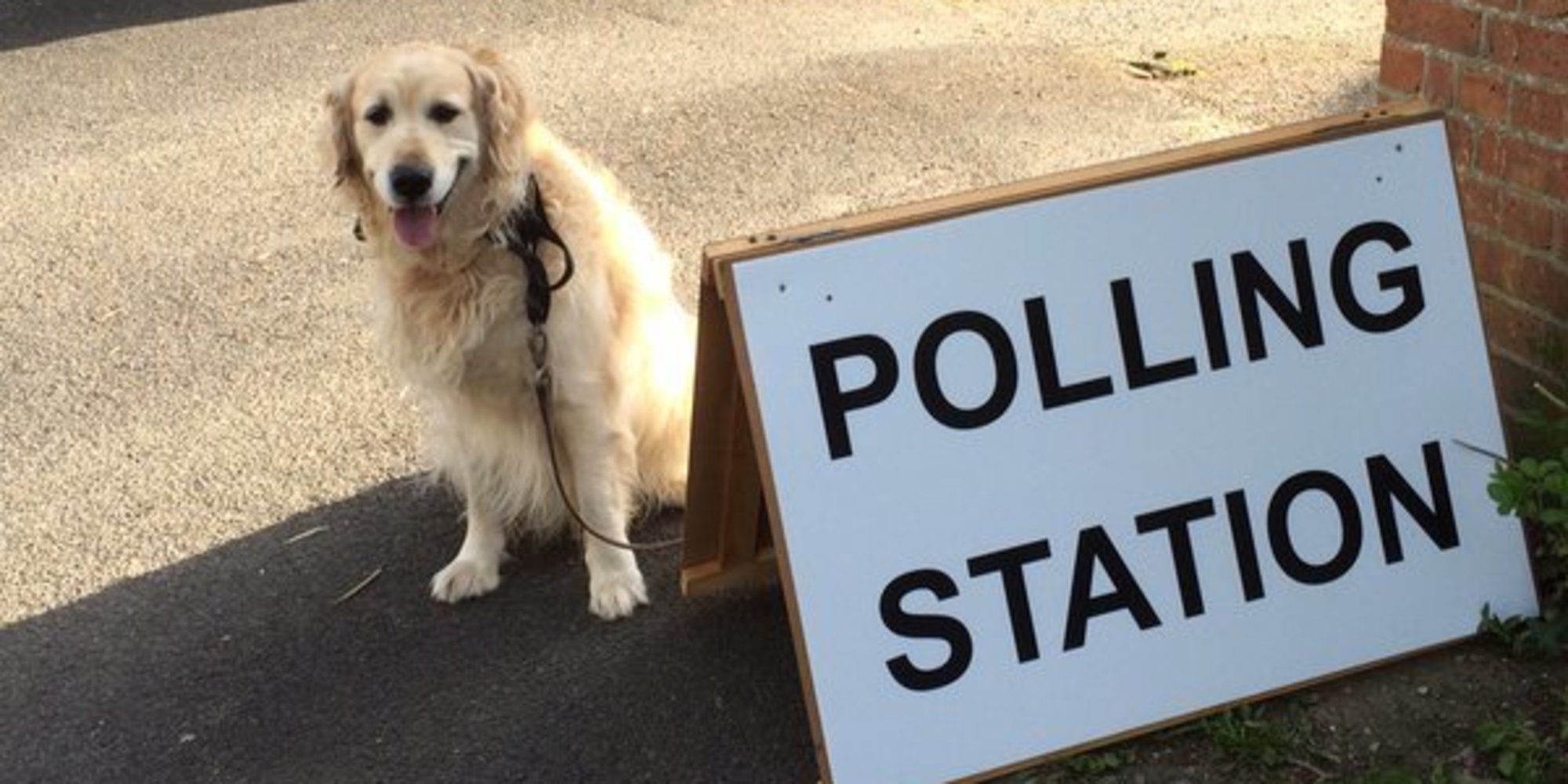 Photos of dogs at polling stations have emerged as an election day social media staple, but Newscross research has revealed that many pets are actually better informed about the key issues in the EU referendum than their owners.

One voter told us he was voting to exit the EU because the NHS was overwhelmed by demand from immigrants. His dog, however, pointed out that the health service relies on foreign staff, while immigrants - largely young and healthy and paying taxes - are net contributors to the NHS budget.

"It's not fucking rocket science," the dog lamented, licking its genitals.

Meanwhile, some Leave supporters expressed doubts over the integrity of the voting process. Several brought green pens to mark their ballot paper, in case the authorities might be tempted to change their vote by rubbing out any pencil marks.

"I heard that MI5 are planning to rig the election for Remain," one woman told us. "And what easier way than to spend hours meticulously correcting millions of ballot papers by hand while the votes are counted under the full glare of the world's media?" she added, like a fucking crazy person.