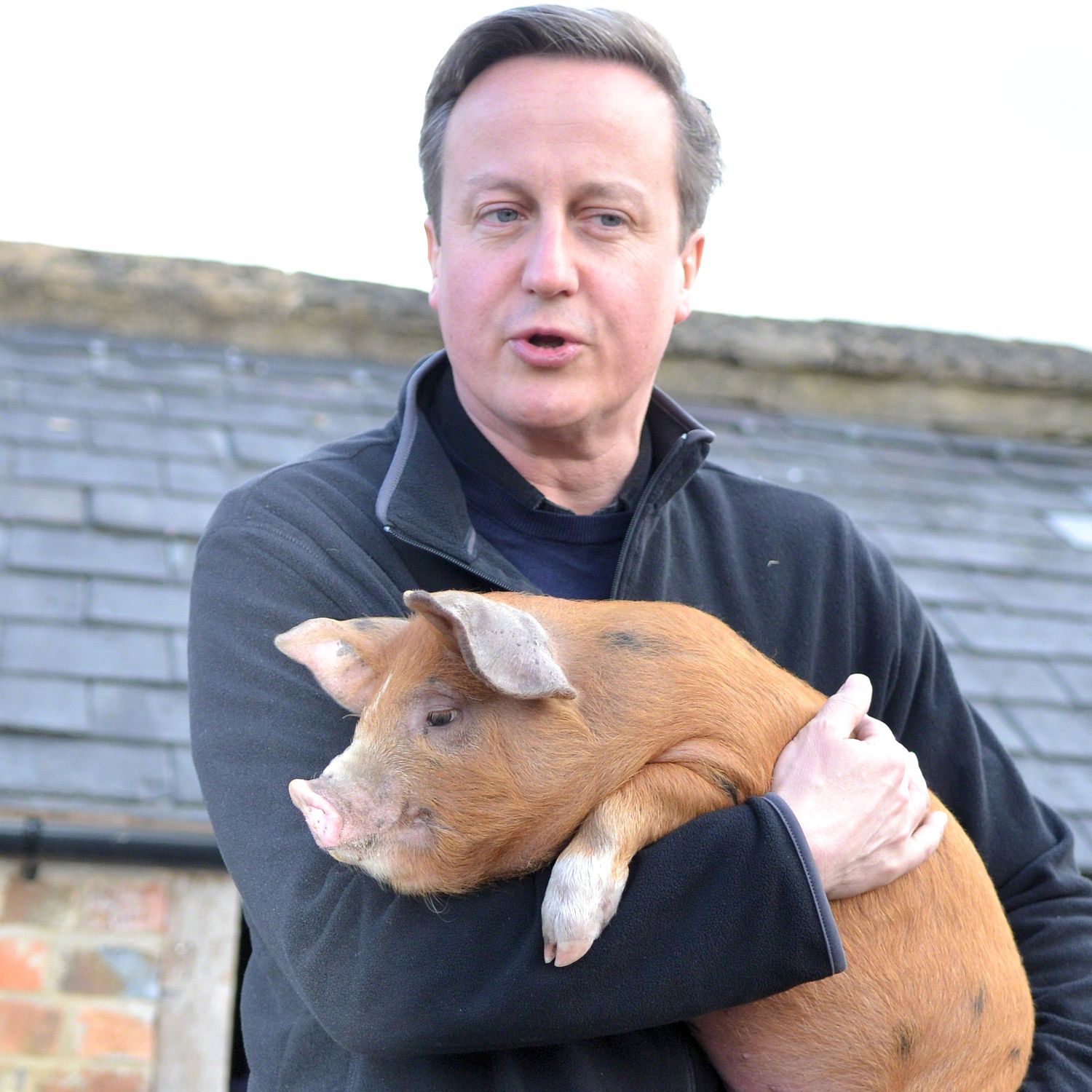 The pig at the centre of bizarre sex allegations involving Prime Minister David Cameron has spoken out for the first time.

"I was young and needed the acorns," the pig told us. "It was the early 1980s, three million were on the dole and it was hard to get regular work. Especially for a pig."

"There was a fairly active pig-fucking scene at Oxford at the time," he continues. "It was pretty tame really, just a lot of young men suddenly out of boarding school and looking for any kind of sexual encounter that didn't involve wanking onto a digestive biscuit."

"The sex itself was nothing memorable," he told us. "Kind of like chewing on a spunky chipolata sausage. A case of wham-bam thank-you ham. Only without the thank-you."

"But I'll always remember his cold, dead, loveless eyes. I felt dirty afterwards, like a piece of meat."

"Still, it could have been a lot worse," he admitted. "I had a friend who ended up on a spit roast with two members of the current Tory cabinet. There was no way back from that."